[ The following project has been submitted to the Council’s attention in October 2015. ]

The Stewart plastic factory stopped its activity in Croydon ( London ) about three years ago, following a move of the company to the north of England. Since then the building lies in a complete state of abandonment on the Purley Way . The giant IKEA has already submitted a project for the acquisition of the site in order to expand its storage area to the neighbouring land. The project involves the demolition of the entire Stewart complex and the subsequent construction of two new prefabricated warehouses, similar to those currently used by IKEA. The purpose of such an intervention – according to the plan officially presented to Croydon Council and currently waiting for planning permission – is to conform the lot on a visual level and on keeping its functional perspective anchored to the commercial activity that characterizes the whole area just outside Croydon, a vast retail park served by a light rail/tram system.

Behind the factory is the only authorized site in the borough for Gypsies and Travellers.

The Housing Act 2004 established that every borough has to consider the housing needs of the above mentioned ethnic minority in the planning process, thus it is necessary for the Council to document the presence of the community with care so as to evaluate its requirements and provide a set of strategic actions to include this currently marginalized and isolated group into the fabric of the city, taking into account not only its particular lifestyle but above all its spatial needs. Croydon conducted the assessment in 2008/9, noting that the site of Latham’s Way, just behind Stewart factory, is wholly inadequate to accommodate the entire travelling community, therefore the area has been indicated as overcrowded and its housing conditions stated below the minimum standards. According to the official survey carried out by Croydon Council [1], 22 new pitches for caravans – or temporary accommodations – should be constructed to guarantee the travelling community enough space to meet their housing needs. The distinctive lifestyle of these ethnic minorities has often led to profound difficulties in understanding their social, educational and above all housing demands. Impermanence is what makes nomadic life different from a contemporary society that tends instead to settle in a specific place and for a long period of time. Such a provisional nature of the travelling groups should obviously not prevent the planning process to analyse and reflect on these migratory movements, so that the city may be thought of as a changing organism rather than a static body, and places imagined as hybrids rather than immutable life-long certainties.

From a first in loco inspection in August 2015 [2], it has been verified that a shortage of sufficient authorized sites for Gypsies and Travellers has led a part of the increasingly growing community to illegally occupy the area in front of the Stewart factory – a dead end street that allows only pedestrians to get to the factory and reach some close retail stores – with hygienically disastrous consequences. The whole community has been repeatedly evicted by local authorities and the lack of adequate sanitation services has caused an intolerable pile of organic and inorganic waste gathered in the parking area beside the factory; the noise of electric generators, even at night, indispensable devices for the energy requirements of a life in caravan, has exacerbated the hostility of the local community against nomad minorities, interpreting the spatial needs of Gypsies and Travellers as a civic negligence of the group. Eviction and cleaning up of unauthorised sites has also severely depleted on the Council’s regular expenses.

The project ‘Nomadic Architecture for Ethnic Minorities’ plans to displace the all Latham’s Way encampment inside the currently unused Stewart factory. The ground floor of the building, a large space framed only by concrete pillars, could easily accommodate the caravans of the travelling community; a direct access from the car park next to the factory would be an easy solution to the continuous movement of vehicles. Toilets and hygienic services, already existing in the factory, would be adapted to provide a more adequate comfort to residents by adding showers and laundry rooms to the previous design. The current plot of Latham’s Way, no longer having to serve a residential function, could be turned into a rural plot, a space in which keeping and feeding animals – horses are for instance an important part of the cultural heritage of a nomadic life style – and a place where children and the whole community could meet. The need for a rural area around the house is what emerges from the survey carried out by Croydon Council, a need that until now the site has failed to meet. Croydon Council would finance this set of ameliorations and redesign process claiming for a government-held Gypsy and Traveller Site Grant. In this way, the Stewart factory would be transformed into mobile architecture, thus a place that shifts with the changing of the upcoming conditions, challenging the idea itself of Architecture as a permanent artifact.

Perhaps Architecture should not be thought of only as a physical object but as a space that we bring with us every time we move, a sort of aura that follows us wherever we go.

The project aims to create a building that acts as a Ziferblat, that is to say a space whose price is set according to the time spent within the block. This would allow the creation of a temporary – meanwhile – use of the building, during the time frame between the closing down of a business and the launch of a new one. The Stewart Group who currently owns the site and the factory, would not only prevent the building falling into a state of dereliction due to a lack of maintenance, but would also benefit from an economic profit coming from the amount of time spent by the travelling community inside the factory. The price would be established per hour; 0.25p the standard cost for 60-minute stay in the building. The project would allow any ethnic minority – asylum seekers, nomadic communities and other social categories with economic and housing difficulties – to have a roof at £6 per day, thus £180 per month. The possible conflicts that may eventually arise between the different groups will also be taken into consideration. Using the same payment system, the two floors above will be transformed into an Art centre to serve the Croydon art community by offering affordable space for temporary exhibitions, concerts and theatre performances.

The project aspires to launch the idea of ​ Nomadic Architecture as a set of spaces that moves relentlessly occupying the void of time and use between the abandonment of a building and the subsequent rebirth of the place. When the Stewart factory decides to sell or transform the site into something else, the Ziferblat will immediately move out and, borrowing an another empty building, it will settle there for a while, until a definitive decision is taken.

Only then the Ziferblat will start wandering again. 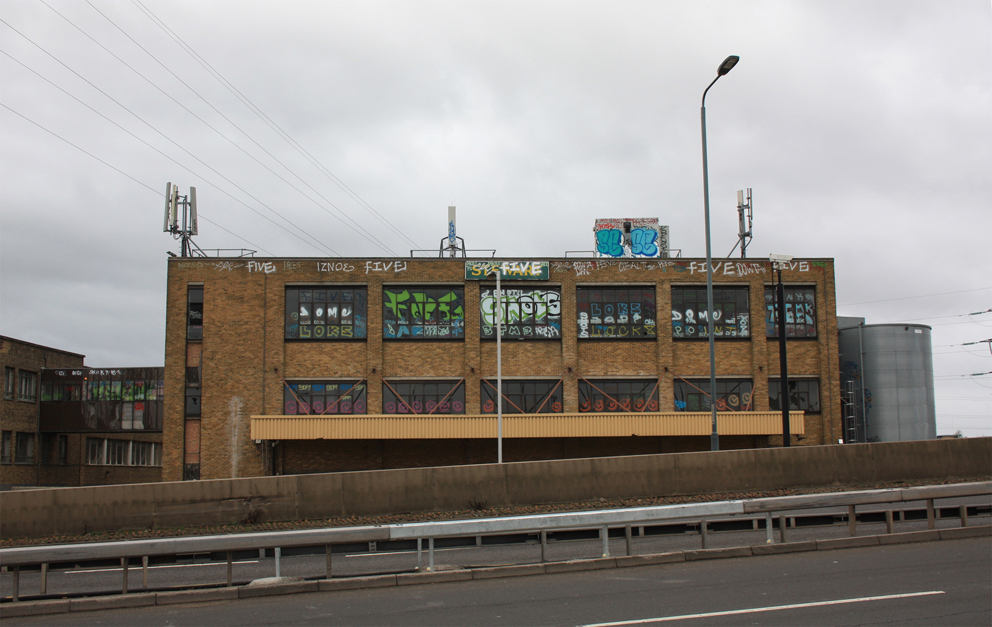 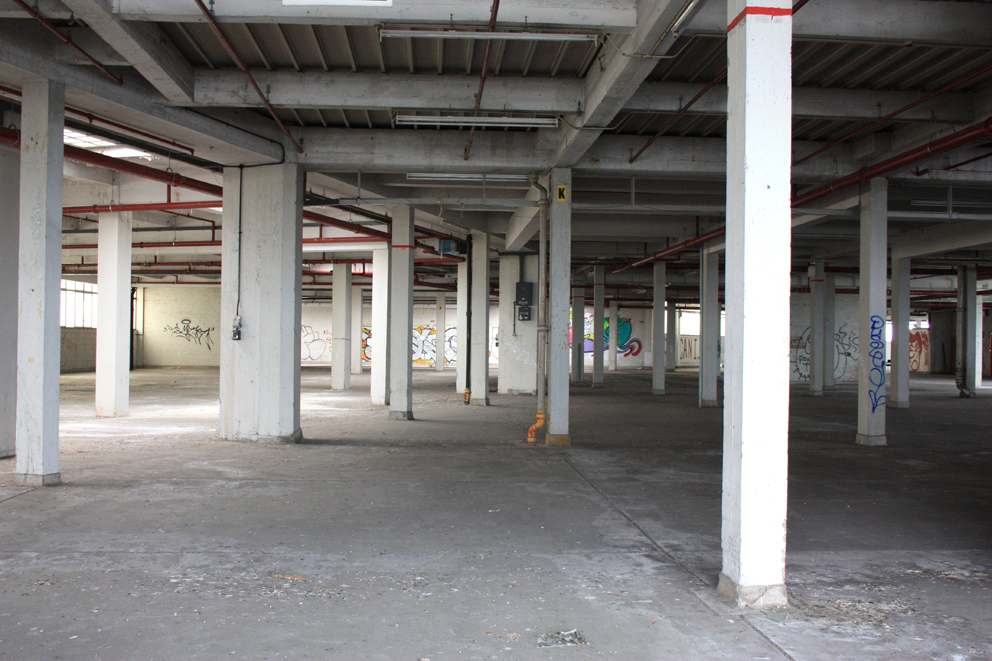 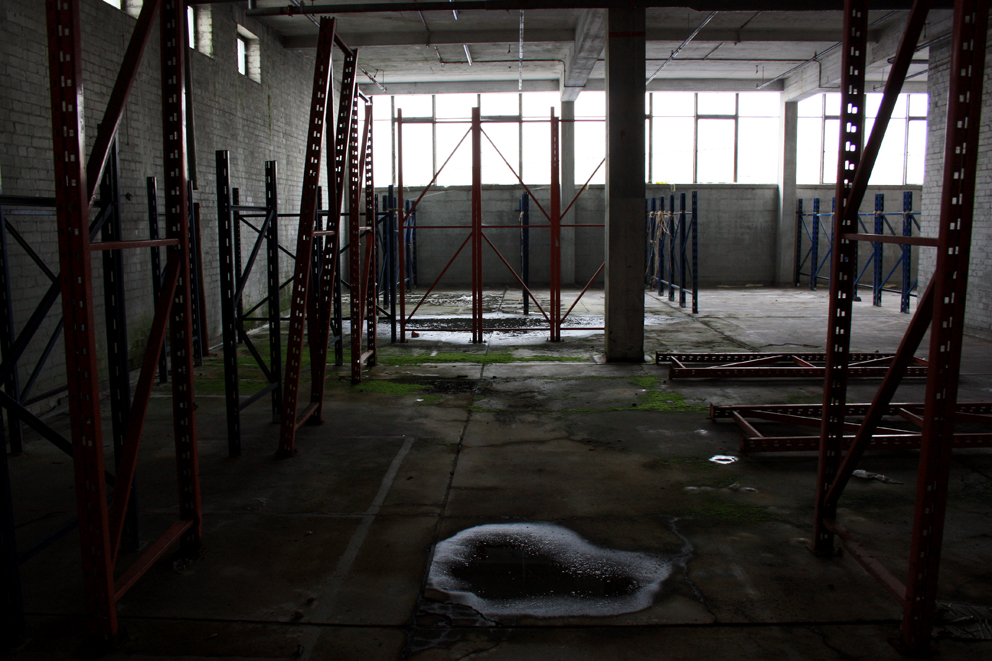 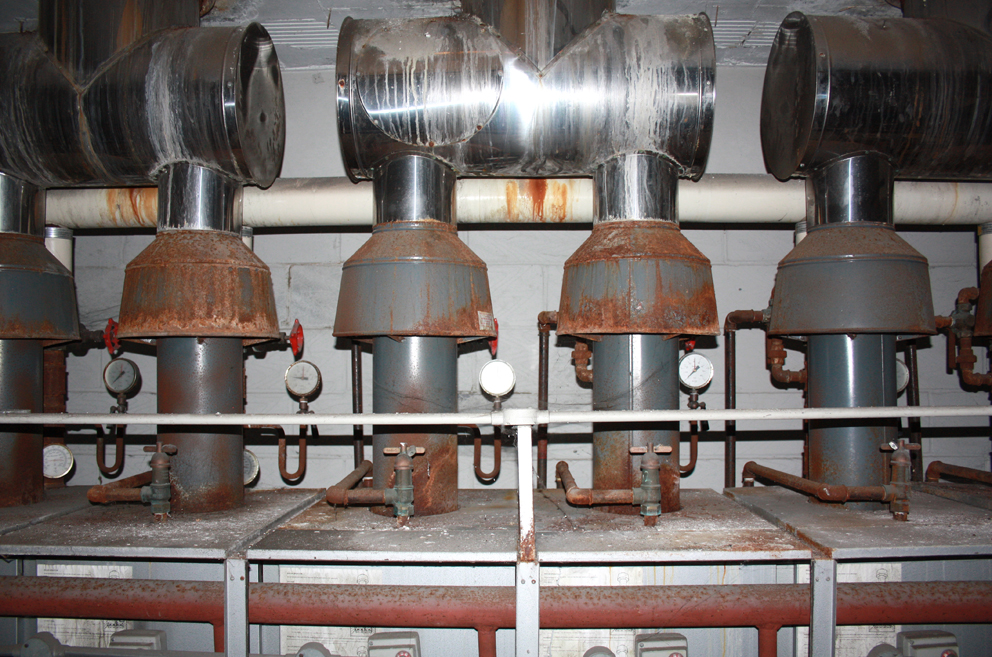